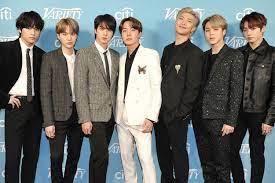 On last Thursday, a subcommittee of the South Korean National Assembly’s defence committee came to a halt inside its deliberations on revisions towards the Military Service Act, often known as that of the BTS bill, about whether or not the South Korean juggernaut BTS will serve inside the military.

As per the Korean Herald, the panel considered whether worldwide superstars who’ve already helped boost the country’s global reputation could be spared from military duty. If enacted, the law would allow K-pop singers to work in their sector for 34 months instead of the normal 18 to 22 months of active-duty service.

According to a subcommittee official, the argument about the benefits and drawbacks of the amendments has intensified between the government and opposition parties. As a result, the subcommittee needs to hear additional public input and consider the issue further, according to the source. The Ministry of Defense emphasised the need for “prudence.” It stated the country has to be cautious about adopting choices that might exclude K-pop sensation BTS as well as other prominent musicians from military duty because of the country’s declining population and other issues.

“When it comes to modifying the bill, we can’t help but consider situational considerations….” A consensus among the general public too is required. During a normal news briefing, the ministry’s spokeswoman, Boo Seung-chan, stated, “It’s about fair military duty.”

All able-bodied Korean men are required to serve in the military under current legislation. Internationally acclaimed sportsmen as well as classical musicians, on the other hand, can finish their duty while still working professionally, thanks to the culture minister’s advice.

Three lawmakers introduced measures earlier this year that would expand the scope of such exemptions to include a broader spectrum of artists.

In appreciation of its contributions to the country’s reputation, BTS might be spared from military duty if the legislation is altered. According to the most recent reform to the legislation, which went into force last year, BTS’ eldest member, Jin, may only postpone his military enrollment until about the end of the year, when he turns 30.

“BTS will be allowed to play as a seven-piece next year since the group has asked for a postponement of military conscription,” according to Arirang News.

Furthermore, BTS’ ‘Butter’ was nominated for a Grammy Award for Best Pop Duo/Group Performance there at the 64th Annual Grammy Awards on November 23. 7 Fates: Chako, a new fictitious Webtoon about BTS, will indeed be released on January 15, 2022.

Who is Jordan Peele?