Bollywood Society » Singham 3 is in the works: Ajay Devgn reveals that filming would begin before the end of the year
Movies

Singham 3 is in the works: Ajay Devgn reveals that filming would begin before the end of the year 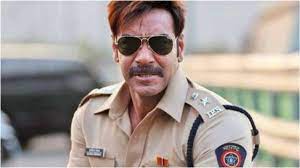 Ajay Devgn is among Bollywood’s most brilliant and promising performers. He began his career in 1991 well with the movie Phool Aur Kaante, and he hasn’t looked back since. He is well-known for his high-octane flicks. The Singham franchise is however one film that is at the top of the fans’ favourite list. For those unfamiliar, Ajay Devgn and Rohit Shetty worked on the cop comedy Singham in 2011, which was followed by a sequel in 2014.

Ajay Devgn discussed the much-anticipated Singham 3 in an interview with Film Companion, saying, “I think it should happen by the end of the year. So, we will start shooting. Currently, it is on the scripting level…Rohit (Shetty) comes and tells me the basic idea about what we are going to work on and that’s it and then when he finishes, he comes over and then certainly we chat over it.” He had already provided some unique data regarding Singham 3.

Also Read: When asked about Nysa Devgn’s Bollywood debut, Ajay Devgn answers, “Anything may change at any time”

As an artist, I’ve always trusted my intuition when it came to picking projects: Bhumi Pednekar