Om: The Battle Within is a’set to burst’ film starring Aditya Roy Kapur and Sanjana Sanghi 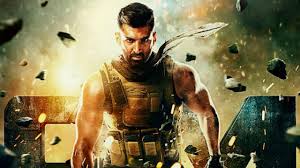 Since the announcement of Aditya Roy Kapur and Sanjana Sanghi’s action film Om: The Battle Within, fans have been eagerly anticipating its release. The filming of the film, which began in December 2020, was suspended because to the outbreak of COVID 19 in the country. However, filming resumed last year, and Aditya Chopra took to Instagram today to present a brand new poster for the film, along with the announcement that it will be released on July 1, 2022.

Aditya Roy Kapur appears on the billboard as an enraged man. He may be seen yelling while firing from a large pistol he holds in his hand. Aditya’s bulked-up physique and raw appearance will excite and delight all of his followers. “Om!” Aditya exclaimed as he shared this poster. On July 1, 2022, the film will be released in theatres all around the world.” Fans flooded the comments section when he published this poster, showering him with love and compliments. Elli AvrRam, his Malang co-star, took to the comments section as well and commented, ‘WAOW.’

Meanwhile, on the job front, Aditya Roy Kapur has recently announced his next project. In the Hindi version of the Tamil film ‘Thadam,’ Aditya will play the lead role. For the first time in his career, he will play two roles. Ludo and Sadak, Aditya’s most recent films, were released on an OTT platform. Malang, directed by Mohit Suri, was his most recent theatrical release.