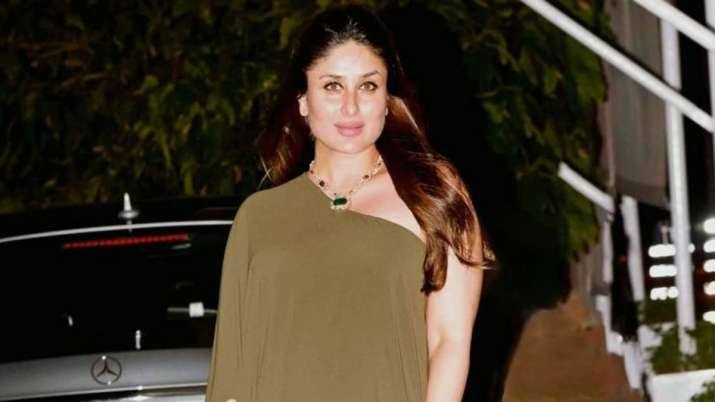 Kareena Kapoor Khan, one of Bollywood’s most glamorous stars, is the proud owner of a plethora of high-end designer clothing and accessories. And the Laal Singh Chaddha actress occasionally wears her favourite among them when she ventures out. Kareena looked to be in the mood to accessorise her daytime appearance with a funky cap on Saturday morning, and the one she chose is sure to draw a lot of attention. Not just because of its cool factor, but also because of its exorbitant price.

Kareena Kapoor Khan took to Instagram to snap a morning picture in which she could be seen seated in her living room with the sunlight streaming in from behind her. She’s wearing a tee with a round neck and a sleek black Balmain Paris cap. Kareena flaunted her perfect sun-kissed complexion and high cheekbones in the photo she shared. As she shared her casual and cool look in a cap with her fans, the Laal Singh Chaddha diva appeared to be embracing it. Kareena Kapoor recently made waves when she and her girl gang Malaika Arora, Amrita Arora, and Karisma Kapoor attended Ritesh Sidhwani’s bash for Farhan Akhtar and Shibani Dandekar.

The night’s photographs went viral on social media, with Kareena and her BFFS looking stunning in all-black ensembles. Not only that, but Kareena also celebrated her son Jeh Ali Khan’s first birthday with family and friends this week. On social media, photos of Saif Ali Khan, Jeh, Taimur, Sara Ali Khan, and Ibrahim from Kareena’s celebration went viral.

Kareena will star alongside Aamir Khan in the film Laal Singh Chaddha. She will also appear alongside Jaideep Ahlawat in Sujoy Ghosh’s flick. She’s also collaborating with Ekta Kapoor on a film directed by Hansal Mehta.

As he is spotted, Ibrahim Ali Khan nails the boy-next-door look