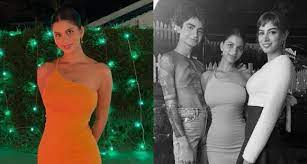 Suhana Khan’s birthday was extra special since she spent it on the set of her debut film, The Archies.

Suhana Khan, Shah Rukh Khan and Gauri Khan’s daughter, celebrated her 22nd birthday on May 22nd with a lavish party. Suhana’s birthday was extra special since she spent it on the set of her debut film, The Archies. Suhana was surrounded by her co-stars and the cast and crew of the film, which is now in production.

Suhana uploaded a few photos with her co-stars on Instagram almost two days after her birthday. She also shared a few photographs of her birthday décor and clothing with her friends and followers, giving them a glimpse inside her birthday celebrations. Suhana’s birthday post was cheerful, and her pals were quick to express their affection.

Suhana’s co-star Agastya Nanda’s mother, Shweta Bachchan, even left a remark on her photo, writing, “Happy days x.” Khushi Kapoor, on the other hand, left white hearts in the comments area. Suhana’s BFF Ananya Panday also had some opinions on the post, which she commented on with a lot of cake emojis.

Commenting on the picture, Ananya wrote, “Where are my flowers,” pointing out to the variety of flowers that Suhana had shared on the gram. To this, the birthday girl replied, “@ananyapanday I sleep next to them every night.”

When Zoya Akhtar unveiled her next project, the Netflix feature The Archies, she split the Internet. The production also boasts a number of young and fresh actors, like Suhana Khan, Khushi Kapoor, and Agastya Nanda, who will be making their debuts.

Mihir Ahuja, Dot, Yuvraj Menda, and Vedang Raina are among them. While the film’s first trailer has wowed some internet users, others have accused the enterprise of nepotism.

Darlings, starring Alia Bhatt and Shah Rukh Khan, will be released on THIS OTT platform, according to an official notification

In New Delhi, Ayushmann Khurrana and Andrea Kevichusa advertise Anek, according to PICS