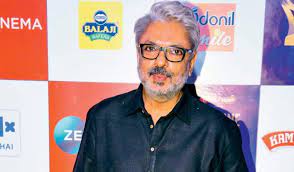 Gangubai Kathiawadi, directed by Sanjay Leela Bhansali and starring Alia Bhatt, is creating waves for a variety of reasons. At the box office, the film is doing well. Alia, in the role of Gangubai, has nailed it! Sanjay Leela Bhansali has received a lot of accolades from the internet community. Gangubai Kathiawadi is a film about a brothel madam who strives to improve the lives of sex workers. SLB was teary-eyed in a recent interview as he recalled seeing sex workers being sold when he was a youngster.

Sanjay Leela Bhansali told Film Companion that he grew up in a chawl near Kamathipura, Mumbai’s red light district, and that he would witness sex workers on his route to and from school every day.

He added, “You’re sensitive to what you see as a child.” Sanjay recalled watching the gesture that sex workers would do to make clients, indicating that their rate was Rs 20. “These were things that stayed in my mind. But I could not tell them completely. I was finding them through Chandramukhi… We are priceless for ourselves, we can’t be triggered. We can’t be sold for Rs 5 or Rs 20 or Rs 50. It is inhuman,” he added.

SLB’s upcoming project includes Heeramandi. Talking about it, Sanjay Leela Bhansali had earlier said in a statement, “This is an epic, first of its kind series based on the courtesans of Lahore. It is an ambitious, grand and all-encompassing series; therefore I am nervous yet excited about making it. I am looking forward to my partnership with Netflix and bringing Heeramandi to audiences all over the world.”

On sets of Inspector Avinash, Randeep Hooda is injured while filming a sequence

This created a buzz, when Rekha & Hrithik Roshan were caught in lip-lock