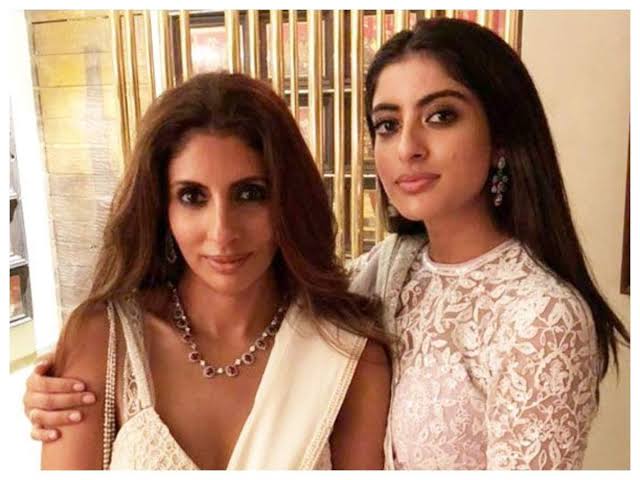 Despite her absence from the entertainment industry, Amitabh Bachchan’s granddaughter Navya Naveli Nanda never fails to turn heads. The bright young lady is well-known on social media and consistently attracts attention with her posts. In a recent interview with journalist Barkha Dutt, Shweta Bachchan said that her daughter Navya Naveli expressed an interest in acting for a short time.

Navya Nanda entered the interview call and said that she has always wanted to work in business, but her mother interrupted and told that she had a brief period of wanting to work in the film industry. When asked if she ever intended to pursue acting, Navya Naveli replied, “I think I enjoy dancing but it was never something that I took seriously, as a career prospective. I have always been inclined towards business and have grown up around working women. My dadi and bua were involved in the family business, and I always saw how my father and grandfather would even take their suggestions. I think that world excited me more. Also, I am the fourth generation of the Nanda family and I wanted to carry that legacy. I wanted to support my dad, it’s something of great pride for me. I never considered acting as a career choice.”

Shweta cut her off and reminded her that she had expressed an interest in acting at one point. Navya continued, “When I travelled abroad for my education, I observed the globe and realised there is so much more I want to do.”

With his bulked-up physique, Ranveer Singh is ready to ‘tear it’