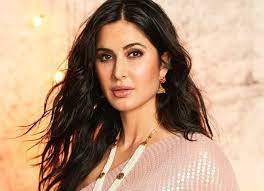 Katrina Kaif took a photo with her admirers to wish them a good night post ‘Merry Christmas’ pack-up.

Katrina Kaif is one of Bollywood’s most prominent actresses. Katrina has established herself as one of the top stars in Hollywood during the course of her career. Kat, who just married Bollywood hunk Vicky Kaushal, is quite active on social media and frequently spoils her followers with breathtaking and steamy photos. Few can compete with the 39-year-old actress’s beautiful complexion, dewy beauty, and overall appearance of a million dollars.

The actress from Merry Christmas took a selfie after finishing the all-night session. She posted the image to her Instagram stories along with the caption, “Good night.” We’re unsure how she pulled off an all-nighter and yet managed to appear that lovely because her face is shining in the photo.

Katrina previously posted three images from the Merry Christmas photo session. The film helmed by Andhadhun director Sriram Raghavan will also feature South legend Vijay Sethupathi. We can see a clapboard in the first image with the words Merry Christmas inscribed on it. Kat described the image as

The second photograph shows a black and white portrait of Raghavan gazing at the lens. “Directed by,” Katrina captioned the image. Vijay Sethupathi is shown looking directly into the camera in the third monochromatic image that Katrina herself took. The woman who played Zero captioned the picture, “(camera emoji) by me.” The picture is the first collaboration between Vijay Sethupathi and Katrina Kaif. It is planned to open in theatres in the winter of next year.

In addition to Merry Christmas, Katrina is working on several intriguing projects. Salman Khan and her are working together in Tiger 3. Emraan Hashmi also appears in the movie. Along with Ishaan Khatter and Siddhant Chaturvedi, she will also appear in Phone Bhoot. In Farhan Akhtar’s Jee Le Zaraa, she will also appear with Alia Bhatt and Priyanka Chopra.

On the first anniversary of Aruna Bhatia’s passing,...