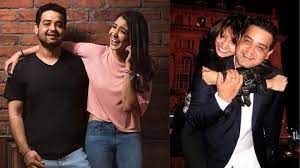 Anushka Sharma’s production firm, Clean Slate Filmz, has backed great material and popular series and films with films like NH10, Pari, Phillauri, Bulbbul, and the web series Pataal Lok, in addition to producing multiple noteworthy performances as an actor. Anushka Sharma had co-founded Clean Slate Filmz with her brother Karnesh Ssharma, however she just announced her departure from the company. Karnesh talked out about it in a recent interview with a news agency and gave his opinions on his sister’s decision.

Karnesh told The Indian Express that Anushka created Clean Slate Filmz and that she has always been active in shaping it into what it is now, as well as providing numerous vital and creative contributions to projects. He went on to say that she is in a different part of her life right now as a new mother, and that they must accept that. He also said that Anushka will play the protagonist in their forthcoming film Chakda Xpress.

Karnesh stated, “I think her priority has shifted, and her time is restricted, because producing is a 24/7 job, and you can’t expect her to do that as she is a new mother now. She was very open and frank about what she said and it is all good; she is there with us in spirit. Moving forward, you never know what happens. I think this is the phase in her life, and there could be another phase in her life where she comes back, it is her company as much as it is mine.”

Anushka wrote a lengthy message explaining her choice to leave CSF in order to focus on her first love, acting, around a month ago. A part of her note read, “Being a new mother who has chosen to be an actor by profession, I have to balance my life in an entirely new fashion like never before. So, I have decided that whatever time I have at hand, I will dedicate it to my first love, acting! Therefore, I have decided to step away from CSF, confident that the most able person, Karnesh, is taking forward the vision with which it was created in the first place.”

Also Read: Anushka Sharma’s brother jokes that she was a natural fit for Chakda ‘Xpress’

On their anniversary, Abhishek Bachchan shares a throwback shot with Aishwarya Rai from his wedding