In THIS new video from his Europe vacation, Shahid Kapoor humorously dances to ‘Koi Mil Gaya.’ 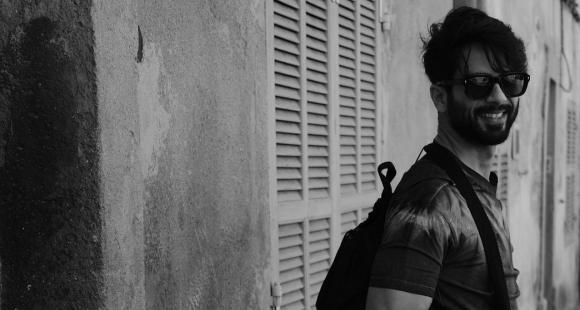 Shahid Kapoor may have returned from his all-boys trip to Europe, but it appears that the fun he had during his holiday is still fresh in his mind. The ‘Jersey’ actor tweeted a throwback video of his Europe vacation on Sunday night, in which he can be seen dancing with a man in a funny style to Shah Rukh Khan’s song ‘Koi Mil Gaya.’ ‘Main toh hil gaya,’ he captioned the video. He appeared to be thrilled during the film since he was allowed to show off his comedic side.

He recently travelled to Europe with Ishaan Khatter, Kunal Kemmu, and Suved Luhia on an all-boys motorcycle vacation. They had been chronicling the entire journey and providing peeks of it to their admirers.

Meanwhile, the ‘Haider’ actor was spotted looking stylish in casual apparel and a hat outside his dancing sessions on Sunday evening. Shahid Kapoor was photographed wearing a grey t-shirt over his blue tracksuit. In his full-grown beard and moustache, he donned black sunglasses and looked stylish. Shahid finished off his ensemble with a white cap that he wore in the other manner and white athletic sneakers.

Shahid was last featured in the film ‘Jersey,’ which also starred Mrunal Thakur and his father Pankaj Kapur. The film was a Bollywood version of the National Award-winning Telugu sports drama Nani, which starred Nani. Following that, he’ll make his OTT debut with Raj and DK’s Amazon Prime Video series Farzi. He’ll be seen with Regina Cassandra, Raashii Khanna, and Vijay Sethupathi, a South superstar.

In a recent post, Ranveer Singh expresses his sadness on the demise of Sidhu Moose Wala