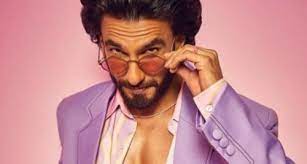 Back-to-back successful flicks have kept Ranveer’s fans entertained. Ranveer Singh is gearing ready to show off his magic in Jayeshbhai Jordaar, following the success of 83. On May 13, 2022, the social comedy will be released in theatres. The Padmaavat actor is known for keeping his followers updated on social media in addition to his diverse skills. The actor recently disclosed on his social media site that he is apprehensive about the premiere of his flick.

Ranveer posted on Instagram after sharing some very beautiful photos, “Release Day Jitters!” Fans and followers quickly rushed to the comment section and wished him luck. One of the social media users wrote, “We ARE READYYYYYYYY,” while another one said, “All the best Ranveer”. Best wishes were also sent to the actor by Mouni Roy, Harrdy Sandhu, and Manish Gandhi. Shalini Pandey, Boman Irani, and Ratna Pathak Shah also feature in the film. The film is directed by Divyang Thakkar and produced by Yash Raj Films’ Aditya Chopra and Maneesh Sharma.

During a previous media session, Ranveer Singh stated, “There are several parallels between my life and Jayesh’s life. Sometimes, you are faced with daunting circumstances when you think how am I going to possibly overcome this to achieve what I want to achieve and there is some amount of courage and fortitude that propels your forward, that you tap into overcoming all of those obstacles and adversities that gets you to where you want to get to and you go about it like your life depends on it.”

Priyanka Chopra’s restaurant in New York is visited by Katrina Kaif and Vicky Kaushal: Home away from home