Bollywood Society » Who is Seher Latif? Tap to know complete details about her
Bollywood

Who is Seher Latif? Tap to know complete details about her 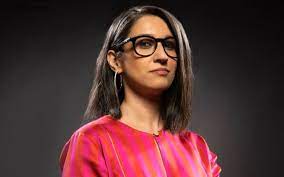 Seher Aly Latif, the casting producer and director of “The Lunchbox,” perished of a non-COVID-related illness in Bombay. She is 39 years old at the time.

Latif was among the most in-demand casting directors for foreign productions set within India or involving India in some way. “The Best Exotic Marigold Hotel” and also its successor, “Million Dollar Arm,” and also recent Hindi movies like “Shakuntala Devi” as well as “Durgamati: The Myth,” have all used her as a casting agent. In 2016, Latif co-founded Mutant Films with her friend Shivani Saran.

One of the stars of “The Lunchbox,” Nimrat Kaur, tweeted:  “One of the kindest, most loving people Mumbai gifted my life with. Still trying to process this unreal news…. Travel on into the light my dearest, sweetest Seher. The unpredictable, ghastly shortness of life remains baffling… Await to meet you on the other side.”

Irrfan Khan, the renowned male lead in “The Lunchbox,” died in 2020,

according to Ritesh Batra, director of “The Lunchbox” and “Our Souls at Night.”: “I don’t believe it, unfair parting with a kind soul and real friend. Goodbye Seher, I hope there is another side.”

Swara Bhasker, who appeared in the film “Bhaag Beanie Bhaag,” took to Twitter to say: “There are no words. Seher Latif is no more. This is cruelty. So young, so much to give. Can’t even utter RIP. We spoke only two weeks ago, I teased her & she laughed. It is unimaginable that we won’t see her wide smile anymore. I can’t fathom this.”

Shashank Arora (“The Elder One”), who worked extensively as just a casting assistant alongside Latif on movies such as “Furious 7” and “Tigers,” tweeted: “Seher Latif. A kind, brilliant, empathetic artist, casting director, producer, human being. A rare friend. First-person to give me a job during difficult first years in Bombay. An inspiring leader. Unable to process this. World cinema lost a great one. See you on the other side.”

Also Read: Qayamat Se Qayamat Tak: All that you should about this Bollywood movie

Ranveer Singh has been named the NBA’s India Brand Ambassador

Yeh Saali Aashiqui: All you should know about this Romantic Thriller movie