Bollywood Society » Varun Dhawan thinks Bollywood needs to ‘pull its socks up’: There is a need to look at the talent pool across India
Bollywood

Varun Dhawan thinks Bollywood needs to ‘pull its socks up’: There is a need to look at the talent pool across India 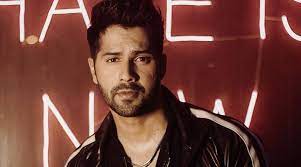 Varun Dhawan is now promoting JugJugg Jeeyo, in which he will star with Kiara Advani, Anil Kapoor, and Neetu Kapoor. In the midst of this, he spoke to PTI and stated that Bollywood has to pull its socks up and examine the type of films it produces. He also highlights that the epidemic affected the film industries all over the world.

The box office success of films such as RRR, Pushpa, and KGF Chapter 2 has sparked a controversy about North vs. South movies. “We just went through a pandemic. So you’re getting to see films made years ago. These aren’t films which started now. But do our filmmakers, does our industry need to pull up its socks? Yes we definitely need to do that,” Varun said.

Given the fact that just three Hindi films have surpassed the $100 million mark so far this year. In the midst of this, Varun Dhawan stated that thanks to OTT releases and pan-India films, consumers are now spoilt for choice. He also stated that Bollywood has to get its act together.

The October actor went on to say that the movie industry as a whole has to get its act together. He used Hollywood and the South Film industries as examples, claiming that many films in both businesses have performed poorly. Varun remarked that everyone is now attempting to re-establish the relationship with the public, which has suffered since attendance at theatres has been restricted in recent years.

Talking about the importance of creative collaboration across the country, Varun said, “I feel we need to start investing in new talents: writers, directors, producers and actors. We need to start looking at the pool of talent pan-India. I want to work with a director from Bengal, Kerala, talents from all over and tell a story because it is possible now”.

However, his film JugJugg Jeeyo will be released in theatres on June 24th. So far, the trailer and songs have garnered excellent feedback from the public.

Also Read: Varun Dhawan offers his support to a fan who is the victim of her father’s domestic violence

Ali Fazal and Richa Chadha report on their...