Bollywood Society » Tara Sutaria, with her neon automobile, is an uber-cool driver
Bollywood 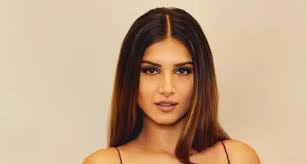 Tara Sutaria is one of Bollywood’s top actresses right now. For her fans, she has a bevvy of exciting projects lined up, including Heropanti 2 and Ek Villain Returns, in which she will co-star with Tiger Shroff and Arjun Kapoor. Fans are eager to watch her do her magic on the big screen. Tara is quite active on Instagram and frequently graces our feeds with her stunning photos. She just travelled to the Maldives with her lover, Aadar Jain, for a calm holiday. She shared an amazingly stunning photo with us today, and we can’t stop raving over it.

Tara can be seen driving a vehicle deftly in the photo. The automobile isn’t just any car; it’s bright green! Tara is, without a doubt, one of the most beautiful drivers we’ve ever seen! In her baby blue tube top, she looked stunning. Fans from all around the world hurried to compliment their favourite actress after seeing the post. As one admirer put it, One fan wrote, “Slaying”, and on the other hand, another wrote, “You are too gorgeous.”

Tara’s Maldives beach photos have gotten a lot of attention in the previous few days. Meanwhile, Tara will be seen in Heropanti 2 this year, as previously reported. The film is a follow-up to Tiger Shroff’s first feature. Ahmed Khan is the director of the film. In addition, the actress has Ek Villain 2 in her resume. Her most recent film was Tadap, in which she starred alongside rookie Ahan Shetty and received critical acclaim.

Also Read: Tara Sutaria enjoys a poolside breakfast and poses for a stunning photo in a black bikini in the Maldives

At her friend’s 25th birthday event, Shanaya Kapoor flaunts her toned physique in a sultry bikini

Nikunj Lotia, a YouTuber, REACTS to a popular video about Alia Bhatt’s wedding