Bollywood Society » Tara Sutaria on her Hollywood ambitions: I’d want to approach as soon as possible; I don’t want to regret it later.
Bollywood

Tara Sutaria on her Hollywood ambitions: I’d want to approach as soon as possible; I don’t want to regret it later. 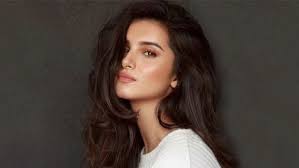 Tara Sutaria has been making headlines lately because of her recent film Heropanti 2 starring Tiger Shroff and Nawazuddin Siddiqui. Tiger’s second work with Tara after Student of The Year 2 was for this film, which is a sequel to his 2014 production Heropanti. And, while Heropanti 2 is generating a lot of buzz since its debut, Tara is also making news for discussing her aspirations to move to Hollywood. Tara recently told Bollywood Hungama that she wants to relocate to Hollywood as soon as possible.

The actress stated that her goal is to reach Hollywood as well. Explaining her point, Tara stated, “Because when we see ourselves, there is a void of representation of our kind of people in films there where it’s musically or acting. I do not want to stick to a bunch of Hollywood movies but I do feel like it would be really nice to approach that sooner rather than later because I don’t want to regret it much later”.

She did, however, note that her current concentration is on Bollywood, since she has three more films scheduled following Heropanti 2. Tiger has previously indicated that his ultimate ambition is to seek action in Hollywood. He also said that he tried his hand at the action in Hollywood but failed. Tiger, on the other hand, is still giving it his all.

Tara will soon be seen in the highly anticipated Ek Villain Returns. The film is a follow-up to Mohit Suri’s 2014 success Ek Villain, and it will feature John Abraham, Arjun Kapoor, and Disha Patani. This year’s Ek Villain Returns is set to hit theatres on July 8th.

Also Read: Tara Sutaria on sequels: I don’t worry about commerce or anything like that