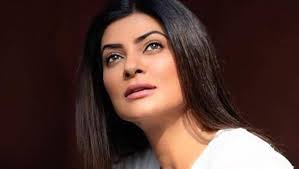 Sushmita Sen, a former Miss Universe and actor, has a large fan base, which she attributes to her wit and beauty. In the film industry, she has carved out a space for herself. Her Instagram is full with stunning photos that are a pleasure for her friends and family. The Aarya actress also has a close relationship with her two daughters. She occasionally surprises her fans with beautiful photos, videos, or even anecdotes. Sushmita recently gave an interview to her daughter Alisha’s school magazine on the subject. She discussed the differences in the film industry between male and female actors.

She said, “As an actor, they would not allow me the same privileges as a male actor or the same opportunities. So yes, I’ve had to fight as a woman for many levels of acceptance. How do I deal with it? Well, I’m older now, so I do have experience and a reputation which has taken me years to build.” The Aarya actress also talked about being type-cast in the industry and said, “The gender inequality and the difficulties that are born from being, for the lack of another word, typecast as a woman carries too many disparities in it. With experience and withstanding your ground, you are slowly changing the world one day at a time.”

For those who are unaware, Sushmita has two adopted daughters, Renee and Alisha, with whom she maintains an unbreakable bond. She was last seen in Aarya 2 as far as work goes. Her fans and critics alike adored and praised the online series.

Tiger 3 will be “absolutely worth the wait,” according to director Maneesh Sharma