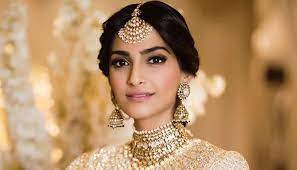 Sonam Kapoor and Anand Ahuja surprised everyone when they revealed their first pregnancy last month. Sonam shared some stunning photos on social media, revealing that they are expecting their first child this fall. Fans have been waiting for the pair to embrace motherhood with their little one since the ‘Aisha’ actress broke the news. The actress, who is four months pregnant, is relishing every second of her new adventure. She also keeps her admirers up to date by occasionally releasing stunning shots from her photoshoots.

She posted a video on her social media account on Tuesday. The stunning diva took a selfie and flashed her infectious smile. We are confident that it will brighten your day! In the brief movie, mommy-to-be wore all black and flaunted her pregnant glow. To be sure, Sonam and Anand shared the wonderful news with their followers on their individual Instagram accounts, writing, “Four hands. To raise you the very best we can. Two hearts. That will beat in unison with yours, every step of the way. One family. Who will shower you with love and support. We can’t wait to welcome you. #everydayphenomenal #comingthisfall2022.”

Sonam and Anand, who had been dating for over four years, married in May 2018.

Sonam was most recently seen with her father, Anil Kapoor, in the film AK versus AK. Next, she will star with Purab Kohli and Vinay Pathak in Shome Makhija’s forthcoming film Blind.

Also Read: ‘She is looking forward to go back to work,’ says Anil Kapoor, who feels Sonam Kapoor would be a terrific mother.

Tara Sutaria on sequels: I don’t worry about commerce or anything like that

Ajay Devgn discusses mental health and discloses that he has had therapy: I’m unable to open the door