Soha Ali Khan transforms her daughter Inaaya into a charming easter egg, while Aunt Saba showers her with affection 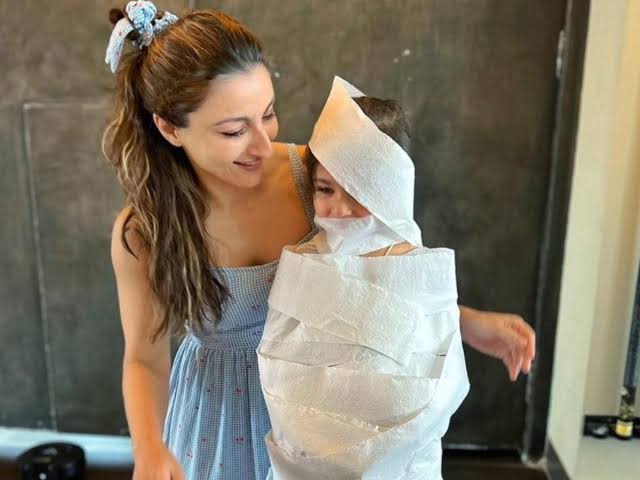 At Soha Ali Khan and Kunal Kemmu’s house, it appears like Easter preparations, also known as Resurrection Sunday, have already begun. Inaaya, their daughter, never misses an opportunity to spend Easter with her family. Soha shared this amazing image of her tiny daughter, who had turned into a cute Easter egg herself, on Good Friday.

Soha turned Inaaya into an egg by wrapping her in toilet paper. The mother-delight daughter’s may be observed in the photograph. “My tiny Easter egg is ready to hatch!!” Soha said beside the photo. #eastereggs #easter.” Sweet responses began to come in as soon as she posted the photo. Saba Pataudi, Soha’s sister, also expressed her admiration for Inaaya, saying, “Love her loads ..by jaan.” Fans also dropped sweet comments. A fan wrote, “cutiepie.” Another user commented, “So so adorably you two.”

Soha Ali Khan previously spoke exclusively about her fashion impact, saying, “I didn’t make much of an effort before. I’d like to think I make more of an effort now and a lot of it came from Kunal. He said that if you’re invited somewhere, it really makes a difference, especially to the host if you put in a little bit of effort, if you put on some lipstick, comb your hair and dress up a little.” Finally, the actress was egged on by her husband’s advice, “I have started to do that.”