Bollywood Society » Sidhu Moose Wala was planning to marry his Canadian girlfriend in November, and his mother was quite thrilled
Bollywood 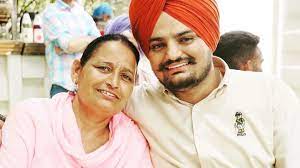 Sidhu Moose Wala, who was fatally murdered on May 29, was set to marry Amandeep Kaur in November of this year.

The death of Sidhu Moose Wala has shocked and saddened the whole nation. On May 29, the famed Punjabi musician, who had a worldwide fan base, was shot and killed by unknown gunmen in Punjab’s Mansa region (Sunday). The news of Sidhu Moose Wala’s death spread like wildfire, as fans and celebrities alike expressed their condolences on social media.

While everyone is mourning the loss of Sidhu Moose Wala, it has been revealed that the singer was planning to marry in November of this year.

Sidhu was engaged to Amandeep Kaur, a Canadian PR, according to a report published in India Today, and their match was set roughly two years ago. According to the report, Amandeep is from Sangareddy village. The wedding was intended to take place in April of this year, according to reports. However, since he lost the Punjab Assembly elections in March 2022, it was put back to November. On June 11, Sidhu Moose Wala would have turned 29.

Sidhu Moose Wala’s mother, Charan Kaur, had already expressed her joy at the wedding of her son. She had verified that Sidhu Moose Wala would marry after the assembly elections at the time, and that wedding preparation had begun in earnest. When she was asked about it, she said,