Shilpa Shetty says she’s taking a break from social media because she’s “bored with the same.” 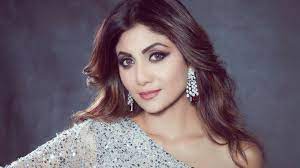 Shilpa Shetty is among the most well-known Bollywood actresses. The actress is active on social media, and she is frequently spotted attracting attention to her Instagram postings. The Phir Milenge actress has been known to master the art of keeping her followers updated on her life, from her fitness videos to times with her family and on-set experiences. Shilpa Shetty Dutta shocked her followers earlier today when she declared a social media hiatus.

On Thursday, the actress revealed that she will be taking a hiatus from Instagram and Twitter. She captioned an all-black shot, “Soooo bored of the monotony, everything looking the same… going off social media till I find a new avatar.”

However, the actress is preparing to make her web debut after joining the cast of Rohit Shetty’s world on OTT – Indian Police Force as the first female officer. Sidharth Malhotra will play the lead inside the online series. She released the first peek on April 23rd, writing: “Ready to set the OTT platform on fire for the first time.Superrr Thrilled to join The Action King Rohit Shetty in his Cop Universe! #IndianPoliceForceOnPrime, now filming!”

Apart from that, she will next be seen in Sonal Joshi’s Sukhee, in which she will star with Amit Sadh. Shilpa also has a romantic comedy film called Nikamma, which she will star in with Abhimanyu Dassani and Shirley Setia and will be released on June 17, 2022. Doctor G, starring Ayushmann Khurrana and Rakul Preet Singh, will compete for box office attention.

Also Read: Shilpa Shetty looks stunning as she takes a bike ride on the sets of Sukhee, as seen in leaked photos