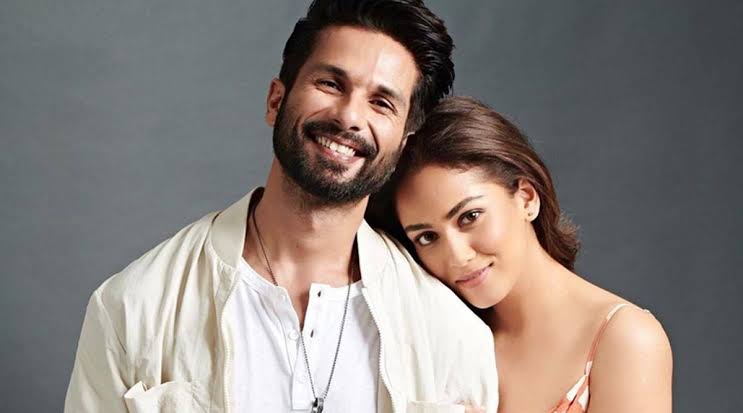 On social media, Shahid Kapoor is frequently his unapologetic self. Millions of his followers are treated to a series of images or personal videos by the actor. Mira Rajput, the actor’s wife, may find his social media game ‘boring.’ Shahid Kapoor acknowledged in a recent interview with Hindustan Times that Mira has had a significant influence on his social media presence.

Shahid elaborated on the subject, saying, “She has been pulling my leg for the last couple of years ‘Shahid, your social media game is so bad, it sucks, you are so boring’ We were pretty much living in Punjab throughout the Covid lockdowns. The ambience there was very different, I was in a different headspace. The minute I came to Mumbai , which was two months back, it was in my head ‘sweet revenge is coming Mira’,” the 41-year-old actor said.

Shahid is cautious about sharing images of his daughter Mira and son Zain with fans, even though he enjoys doing so. Because he’s protective, he hasn’t shared too many images. “We consciously don’t post pictures of our kids. There’s just one pic of Zain that I have put out, literally since he was born, maybe two,” the actor said.

When asked if his children are aware that their father is an actor, Shahid stated that they will in a few years. “They haven’t been here for two and a half years. They have just about reached that age where they will be aware of it. In a couple of years, we will discover. We don’t tell them that much, they know what I do but they don’t get told in detail. They just know aisa kuchh hai, papa shooting pe jaate hain. We have not yet got into explaining them, but kids today are so smart. I am sure they will figure it out,” Shahid said.

Shahid’s film Jersey was released in theatres a few weeks ago. The actor’s next project is the Amazon Prime Video film Farzi, directed by Raj & DK.

Suhana Khan, Agastya Nanda, and Khushi Kapoor amaze Amitabh Bachchan in the trailer for The Archies’

As his song video Tut Gaya debuts, Shantanu Maheshwari declares that “long-distance relationships do not work”