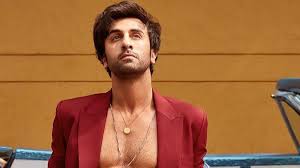 The following movie starring Ranbir Kapoor, Vaani Kapoor, and Sanjay Dutt is Shamshera. The movie opens in theatres on July 22, 2022.

One of the most admired and loved actors that have graced Bollywood is Ranbir Kapoor. In his nearly 15 years in the entertainment business, he has been in some of the most well-known movies, including Yeh Jawani Hai Deewani, Barfi, Ae Dil Hai Mushkil, Rajneeti, and most recently, Sanju. After more than 4 years, he will return to the big screen in Shamshera. He has also been actively working on other feature projects, which will see a release next year.

Ranbir recently discussed the meaning of on-screen chemistry with Saloni Gaur on Mehengi Baatcheet with Shamshera. Added Ranbir, “An actor’s chemistry usually comes out from a film or script. Of course, I and Vaani are working together and we are very friendly and our energies match. But if the question is about chemistry, it can he husband-wife, boyfriend-girlfriend, or two people who hate each other but their chemistry looks good. The chemistry is on-paper and in the character. The way the director shoots the movie, the chemistry comes naturally.” Ranbir’s response demonstrates his extensive film expertise and his level of contribution to the film’s production.

Next up for Ranbir Kapoor is the historical epic Shamshera from Yash Raj Films, which also stars Sanjay Dutt and Vani Kapoor. Karan Malhotra is the director of the movie. Then, he will appear in Ayan Mukerji’s mythological fantasy drama Brahmastra from Dharma Productions, which also stars his wife Alia Bhatt, Amitabh Bachchan, Mouni Roy, and Nagarjuna Akkineni.

Next year, he will star alongside Shraddha Kapoor in the romantic comedy-drama directed by Luv Ranjan titled Holi, and he will close out the year with Animal, one of the most anticipated movies of the next year. Anil Kapoor, Bobby Deol, and Rashmika Mandanna will also appear in the movie, which is set for release on July 4th, 2023.