Rajat Rawail, a bodyguard actor, was hospitalised after a varicose vein ruptured 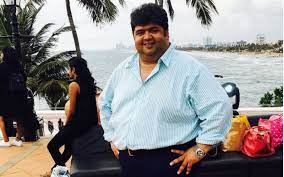 Rajat Rawail, a Bollywood actor and producer, was taken to the hospital when a varicose vein in his right leg ruptured, causing him to lose a lot of blood. Over the weekend, the Bodyguard star was allegedly brought to a hospital in the city.

Rajat Rawail, who most recently starred with Varun Dhawan and Sara Ali Khan in Coolie No. 1, told ETimes that his bleeding has stopped and his wound is mending. He also stated that he will seek a second opinion on his therapy in the future.

He ended by asking that everyone remember him in their prayers and thanked them for their care.

Rajat Rawail is expected to be released from the hospital today, according to sources. “I have been advised total bed rest with no visitors. I will be seeing senior vascular surgeon Dr Pankaj Patel tomorrow at Leelavati hospital, Bandra for a second opinion on my surgery and thereafter shall proceed accordingly,” said Rajat.

Rajat Rawail’s depiction as Tsunami Singh in Salman Khan and Kareena Kapoor Khan’s Bodyguard garnered him a lot of fans. In addition to Bodyguard and Coolie No. 1, the 49-year-old has appeared in movies such as Gali Gali Chor Hai, Policegiri, Judwaa 2 and Desi Magic.

He has also produced movies featuring Salman Khan and Asin, as well as Anil Kapoor, Sanjay Dutt, and Akshaye Khanna. He worked as an internet producer on the film Run, starring Abhishek Bachchan, Bhoomika Chawla, and Mahesh Manjrekar.

In 2013, he was also a contestant on the Salman Khan-hosted reality show Bigg Boss 7.

Also Read: What are the top reasons to watch Salman Khan’s Bodyguard movie

Hrithik Roshan and his kids Hrehaan and Hridaan, dressed in black, pose joyfully during a day out

Tahir Raj Bhasin, who celebrates his birthday today, has signed a new feature film, which he describes as “a clutter buster”