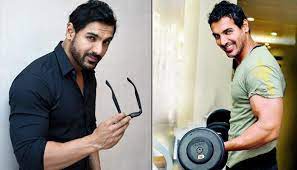 John Abraham confesses that he hasn’t had his favourite dessert, ‘Kaju Katli,’ in 27 years.

John Abraham is unquestionably one of Bollywood’s fittest performers. John has been recognised for his great looks and well-toned physique since the beginning. Maintaining one’s shape and fitness level, however, demands a significant amount of effort, devotion, discipline, and hard work. John Abraham disclosed several of his workout secrets and sacrifices to stay fit and gorgeous in a recent interview with Shilpa Shetty.

The ‘RAW’ actor made an appearance on Shilpa Shetty’s ‘Shape of You’ programme. When asked if it was true that he hadn’t tasted his favourite sweet Kaju Katli in 25 years during the truth or false segment, he grinned and responded yes. “I think that is false. It has been 27 years. It has been a long time”. He further added that he stays away from aerated drinks because he believes that more than smoking cigarettes, sugar does more harm to the body. John was quoted saying, “I believe, and I guess, you do the same, that sugar is the biggest poison in the world”.

During the fun session, it was also revealed that John does not think he is attractive. When Shilpa addressed the actor, he said that it is extremely subjective to him and is all about a state of mind. To him, if you’re happy on a particular day, you’re happy. He continued, saying, “But, I do not believe that anybody can be handsome for the world, or beautiful for the world. It depends. In our industry, we are all bound by a string called insecurity. Because of this insecurity, vanity comes into the picture and we do a lot for vanity.”

In an age when everyone is on social media, the actor from ‘Madras Café’ confessed that he does not have any social media apps on his phone, including WhatsApp. Isn’t it shocking?

On the job front, John just wrapped up the filming of ‘Ek Villain Returns,’ which stars Tara Sutaria and Arjun Kapoor. Following that, he will star with Jacqueline Fernandez and Rakul Preet Singh in the action film Attack.’