Bollywood Society » In his action persona, Ayushmann Khurrana will be here to make ‘India win’ despite all divisions
Bollywood

In his action persona, Ayushmann Khurrana will be here to make ‘India win’ despite all divisions 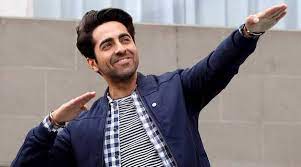 Fans have been waiting to witness Ayushmann Khurrana inside this role since the first look of Anek was unveiled. After a lengthy wait, the trailer has finally been released. For the very first time in his career, the actor will play an undercover officer on such a mission. The trailer for the highly anticipated film was just recently released by the producers. After the success of Ayushmann and Anubhav Sinha’s 2019 movie Article 15, this is their second collaboration. Anek will be released on May 27, 2022.

Anubhav Sinha’s Anek, starring Ayushmann Khuranna, is gripping, exhilarating, and engrossing, and it’s about to take spectators on a quest of a lifetime! The film’s trailer, which has a strong ensemble star cast, excellent performances, and a rich and enigmatic plot, has an immediate impression on you and left you wanting more! While the teaser contains a lot of information, much like Sinha’s earlier films Mulk, Article 15, and Thappad, we can anticipate a lot more to be revealed on the big screen, especially when the Article 15 pair reunites.

Talking about the film Ayushmann Khurrana said, “Anek celebrates the spirit of truly being an Indian. Anubhav sir is pushing the envelope and setting a benchmark with his passionate storytelling in this film. My character Joshua compelled me to do things I had never done before, both physically and mentally. With the right guidance and training, I gave this role my best shot to bring life to everything Anubhav envisioned for the film.”

Filmmaker Anubhav Sinha said, “Anek has been my most challenging film so far. It’s based on a topic that’s probably been less spoken of in the county. It re-emphasises the fact that inspite of being different in our cultures, traditions, and languages, India can rise above and win as a country. Despite all the challenges that came our way, whether it was shooting in difficult terrain or filming during the pandemic, we powered through. I feel a great sense of pride and triumph that we’ve accomplished everything we set out to with this film.”

Also Read: Ayushmann Khurrana on portraying an undercover officer in Anek: It gave me the chance to do something I hadn’t done before

Mira Rajput wears a green jumpsuit when she wraps up her vacation to Dubai; she says that she wants her “bed and babies”