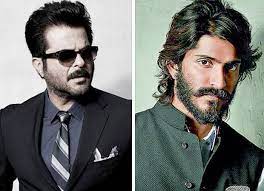 Anil Kapoor and Harsh Varrdhan Kapoor are one of Bollywood’s trendiest father-son duos. Anil Kapoor took to social media a few hours ago and published a number of photos and videos of himself and Harsh Varrdhan, in which both of them are seen trying their hand at archery. In one video, Harsh Varrdhan hits the bullseye, while in another, he shoots arrows while riding a horse. Anil is also seen participating in the sport. The Mr India actor praised his kid for his hard work and archery abilities in an Instagram post, noting that sport demands a lot of discipline.

Anil Kapoor in his caption mentioned that “’ There is no excellence in archery without great labour.’ — Maurice Thompson. Realised how hard @harshvarrdhankapoor had worked on his skill of archery (bow and arrow emoji) I tried my hand at it but couldn’t get it right. Truly a sport that requires lots of discipline and hard-work…”

In their next flick Thar, Anil Kapoor and Harsh Varrdhan will be seen sharing screen time. After the 2020 film AK versus AK, this will be the celebrity father and son’s second cooperation. Anil and Harsh’s archery practise might be part of their Thar preparation.

When it comes to Thar, the picture is being billed as a vengeance thriller, with Fatima Sana Shaikh and Satish Kaushik playing crucial parts. Raj Singh Chaudhary is the director, while Anil Kapoor is the producer. “a tribute to the genre of the classic Western”. The film is slated to release on an OTT platform.

Also Read: Rohit Shetty expresses gratitude to his fans for their birthday greetings