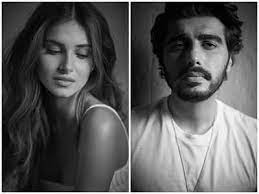 Since Arjun Kapoor and Tara Sutaria were cast in the sequel to Ek Villain, all eyes have been on them. Arjun and Tara will now spread their magic in the sequel to the film, which was a smash in the first instalment and starred Sidharth Malhotra and Shraddha Kapoor. The actors have started filming for the project, and their first look was shown on Tara’s birthday. The celebs were photographed today as they returned home from their shoot schedule.

Tara Sutaria looks lovely in her all-black ensemble in the photographs. She was dressed in a black spaghetti strap crop top and black track trousers. Her hair was pulled back into a bun, and she wore black sunglasses. The actress smiled as she posed for the photographers. Arjun Kapoor, on the other hand, looked fierce with his full-grown beard and moustache. He was dressed in a dark brown shirt with black pants and black flip flops. The actor, too, grinned and posed for the photographers.

Apart from Ek Villain Returns, Arjun Kapoor will star with Radhika Madan in Aasman Bhardwaj’s directorial debut Kuttey, directed by Vishal Bhardwaj’s son. Tara Sutaria, on the other hand, was most recently seen in Tadap, alongside rookie Ahan Shetty. She has a slew of fascinating projects lined up, one of which being Heropanti 2, in which she will star alongside Tiger Shroff.