Bollywood Society » Arjun Kapoor departs for Dubai to shoot his upcoming movie, but misses Parineeti Chopra on the flight because of THIS
Bollywood 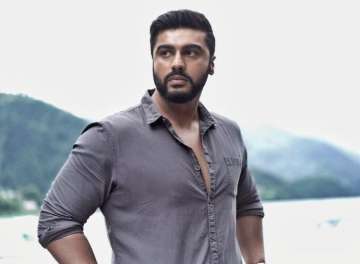 Arjun Kapoor has taken a flight to focus on his upcoming movies, The Lady Killer and Kuttey. The title of the movie hasn’t been revealed yet, though.

Malaika Arora and Arjun Kapoor make sure to stay dedicated to their separate careers while still radiating a lot of love and power. The two recently attended the wedding of fashion designers Kunal Rawal and Arpita Mehta, who are among their closest friends.

Both of them were equally adept and at ease in the roles of ladkiwaale and ladkewaale. The B-Town pair has turned their focus back to their jobs as the celebrations draw to a close. The Gunday actor has now taken off for Dubai to begin production on his next movie while girlfriend Malaika is attending various fashion events.

Taking to Instagram, Arjun in his story shared a few hours ago wrote, “EN ROUTE. Film number #19” and shared a photo of his passport and tickets to Dubai.

Arjun Kapoor thought back to the scene from his movie “Sandeep Aur Pinky Faraar” while he was walking to work. Arjun and actress Parineeti Chopra were the main characters in this movie, which was released last year.

Also Read: Javed Akhtar offers his opinions on the boycotting tradition in Bollywood: “It’s only a phase”