Bollywood Society » Anushka Sharma starts filming in England and shares a photo from Headingley Stadium, according to Chakda Xpress
Bollywood 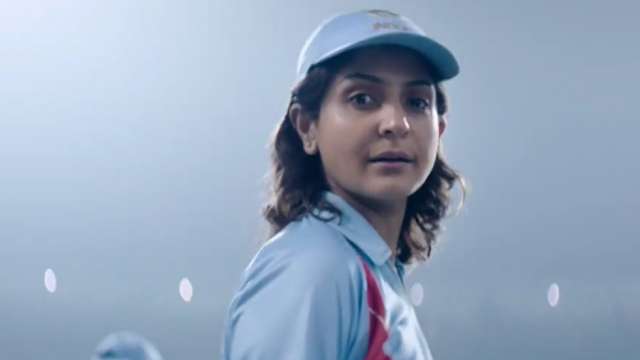 Chakda ‘Xpress, starring Anushka Sharma, is based on the life of Jhulan Goswami, a former Indian captain.

With her next movie Chakda Xpress, Anushka Sharma, who has been gone from the big screen for a while, will make her on-screen return. The actress will be seen as Jhulan Goswami, an Indian women’s cricket player, in the movie.

Anushka has been working hard to prepare for the movie and frequently posts photos and videos on her social media accounts. On Wednesday, the “Sui Dhaaga” actress posted a snapshot on her Instagram account to inform her followers of the film’s schedule in England.

She titled the image, “A moment from a story that needs to be told! In the image, Anushka recurs a moment from Jhulan’s life. She can be seen making a phone call while pouring rain down on everything around her.”

The journey of Jhulan Goswami, who overcomes obstacles brought up by sexist politics in order to pursue her ambition of playing cricket for India, serves as the inspiration for Chakda Xpress. In January of this year, Anushka Sharma released a trailer for the movie. She stated, “Chakda Xpress is inspired by the life and times of former Indian captain Jhulan Goswami and it will be an eye-opener into the world of women’s cricket. Jhulan had a fighting and extremely uncertain cricketing career and she stayed motivated to make her country proud. She strived to change the stereotype that women can’t make a career out of playing cricket in India so that the next generation of girls had a better playing field.”

Chakda Xpress, which was directed by Prosit Roy, is based on the life of Jhulan Goswami, who in 2012 became the second Indian cricketer to be awarded the Padma Shri.

Anushka makes her acting comeback in the movie after a four-year absence. She most recently appeared with Shah Rukh Khan and Katrina Kaif in the 2018 movie “Zero.” After that, she took a long vacation before giving birth to her first kid, Vamika, with her husband Virat Kohli.

Also Read: Virat Kohli and Anushka Sharma own a luxurious property in Alibaug