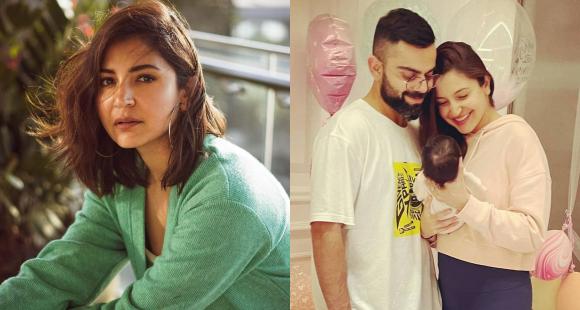 Anushka Sharma is regarded as one of Bollywood’s most brilliant actresses. She made her acting debut inside the 2008 movie Rab Ne Bana Di Jodi, and she hasn’t looked back since. With films like Band Baaja Baaraat, Sui Dhaaga, Ae Dil Hai Mushkil, and others, she has shown her acting mettle time and time again. Following that, she’ll be working on Chakda ‘Xpress, a biography of cricketer Jhulan Goswami.

After the birth of her daughter Vamika, she returns to the industry with this film. Anushka Sharma has a large social media following and occasionally shares glimpses of her professional and personal life on Instagram.

In related news, the actress recently tweeted a snapshot of pancakes while preparing for the forthcoming film. She commented, “pancake for the win.” For the uninitiated, Anushka will be seen on the big screen in the film Chakda ‘Xpress, playing Indian cricketer Jhulan Goswami, for which she has been practising really hard for the past several months.

However, according to a credible industry source, the actress will begin filming for Chakda ‘Xpress on May 30. This comes after Anushka spent months preparing to take on the role of Jhulan Goswami, a well-known Indian fast bowler. According to a senior industry insider, “Yes, this is true. Anushka Sharma’s highly awaited next Chakda Xpress has gone on floors from today. No stone will be unturned by the makers to make this into a spectacular and riveting movie. This is Anushka’s first film after she became a mother. So, there is a lot of anticipation to see her back on screen because she has delivered some of the most remarkable performances from a leading lady in Indian cinema. Plus, the fact that Anushka Sharma is doing a cricket film, makes the product even more hotter!”

Chakda ‘Xpress, directed by Prosit Roy, is based on the life of Jhulan Goswami, the second Indian woman cricketer to be awarded the Padma Shri in 2012.