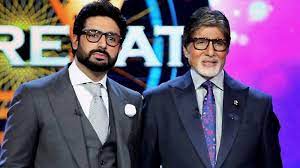 Abhishek Bachchan’s stunning performances have been gaining hearts recently. For many in the Hindi film business, the digital revolution has been a game-changer. Junior Abhishek Bachchan is one of the few popular Hindi cinema performers who has successfully migrated to the OTT realm. In today’s world, he is aptly referred to be the Bachchan of OTT (pun intended). Abhishek’s new Netflix blockbuster Dasvi shows once again that he is invincible. Junior B is also active on Instagram, and his dashing photos never fail to make our hearts skip a beat. Today was no exception.

Abhishek not only provided some gorgeous photos, but his sweet statement also pulled at our hearts.

Abhishek Bachchan appeared to be extremely cute in an Instagram image with his casual smile. He was dressed in a vibrant red and black jacket. He could be seen dancing cheerfully with some lovely youngsters in the second photo, which made us say ‘aww.’ Abhishek wrote beside the photograph, “Keep smiling and keep dancing.”

His message went viral after becoming an instant success with his admirers. ‘Yes exactly.. unrestrained success shall ever keep you happy and dancing,’ Big B remarked in response to his son’s post.

However, Abhishek Bachchan is now in Dubai, competing in the Celebrity Football Club 2022 alongside Kartik Aaryan and Ranbir Kapoor. For the uninitiated, the celebrity players of Bunty Walia’s All Star Football Club are participating in a football match in Dubai versus the United Arab Emirates.

Ibrahim Ali Khan, dressed in a hoodie and joggers, poses for photographers while he is photographed