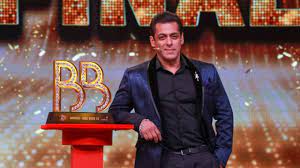 Bigg Boss, the most divisive reality programme, is coming to an end. This week will be the season’s grand finale. After a year of twists and turns, the audience would finally find out who the winner is.

The season’s seven finals are Shamita Shetty, Tejasswi Prakash, Karan Kundrra, Rakhi Sawant, Nishant Bhat, Rashami Desai, as well as Pratik Sehajpal. This week, they’ll fight this out for the final time. Salman Khan, the show’s presenter, has now disclosed the date again for the finale inside the show’s most recent commercial.

According to a social media ad, the show’s grand finale will take place on the 29th and 30th of January at 8 p.m. The grand finale promises to be a star-studded affair. All of the season’s ex-contestants will also make an appearance in the finale.

Shehnaaz Gill, a previous Bigg Boss competitor, will attend the finale in addition to the ex-contestants. Shehnaaz Gill is among the most popular Bigg Boss 15 contestants in history. Her presence will undoubtedly add to the show’s charm factor.

The actress will be around to pay respect to his closest friend as well as winner Sidharth Shukla, who died last year. Colours TV posted a video featuring Shehnaaz Gill on its own official Instagram account.

Also Read: How much Kavita Kaushik get paid for Bigg Boss?

Congrats, A newborn boy has been born to Yuvraj Singh and Hazel Keech