Bollywood Society » After shooting Sujoy Ghosh’s movie, Kareena Kapoor Khan has a dinner date with her friends in Kalimpong
Movies

After shooting Sujoy Ghosh’s movie, Kareena Kapoor Khan has a dinner date with her friends in Kalimpong 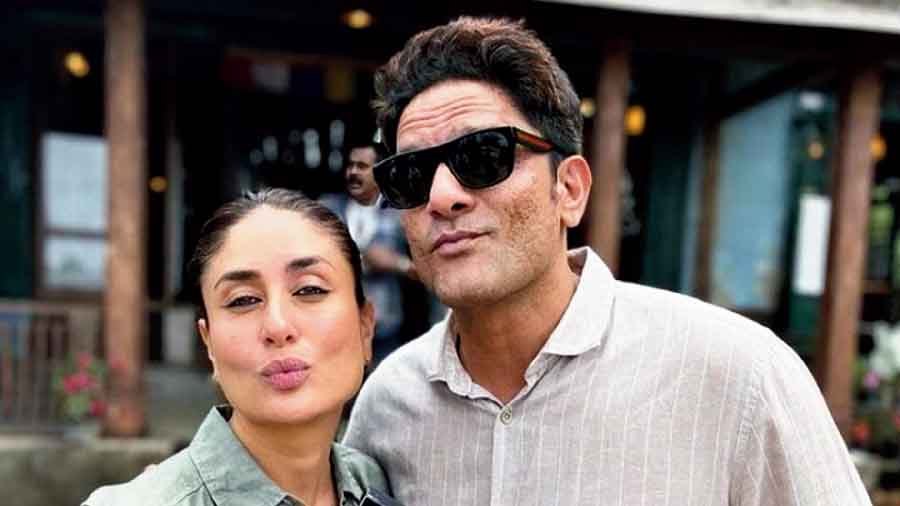 Kareena Kapoor Khan is among Bollywood’s most successful as well as brilliant actors. She has a large social media following, and she posts updates, images, and videos from her personal and business life on Instagram from time to time, with followers returning for more. Netizens adore her openness and are ready to respond to her postings as soon as they appear on Instagram.

During her vacation in Kalimpong, the Bodyguard actress tweeted a photo of her dinner date with her group. While enjoying the lunch, Kareena and others grin for the camera. Bebo stated, “While sharing the image, “With the gang eating khowsey.”

Kareena Kapoor Khan is slated to make her digital debut in Sujoy Ghosh’s next film, in which she will star with Jaideep Ahlawat and Vijay Varma. The Devotion of Suspect X is a cinematic version of a novel by Japanese author Keigo Higashino. The film recently got into production, and Kareena posted a few photos to her Instagram account. In one of the photos, she can be seen pouting with Jaideep while holding the unnamed film’s clapboard.

She will also be seen with the upcoming Aamir Khan film Laal Singh Chaddha. The Hindi version of the Hollywood classic Forrest Gump, starring Tom Hanks, is directed by Advait Chandan. The upcoming film in theatres on August 11th, after a long delay owing to the epidemic.

Also Read: As she shoots for Sujoy Ghosh’s film, Kareena Kapoor Khan shares a photo of a priceless treasure in Kalimpong